Rotary is an organization of business and professional persons united worldwide who provide humanitarian service, encourage high ethical standards in all vocations, and help build goodwill and peace in the world.

Former District Governor Jim Chiu noted the following in his address to the fledgling Club:

Rotary is about the actions that you take. What lives will you touch, what legacy will you leave, what impact will you [have], and who will you share Rotary with?

The first fundraising project, in partnership with the Radium Hot Springs Resort, was the $1 Million Hole-in-One Challenge. The Kootenay News Advertiser described the project this way:

Other projects under consideration in 2003 included:

Although small in number, the Radium Hot Springs Sunrise Rotary Club has accomplished many achievements, both in our home community and internationally:

At the international level, the Sunrise Rotary Club raises funds to eradicate polio worldwide. The Club also contributes on an ongoing basis to many of the other programs that the international organization undertakes (such as supporting an orphanage in Honduras).

To raise funds to support their many endeavors, the Club operates a Concession and Beer Garden at the Annual Classic Car Show and Shine Event each September. Recent events include monthly bingo nights in the Spring and Fall, along with a free spaghetti meal (Mix, Mingle and a Meal) at the beginning of each year. 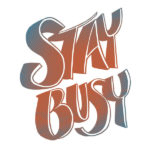